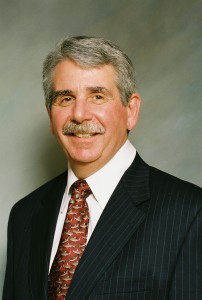 PROFESSIONAL
Attorney Michael D. Caccavo is a sole practitioner, practicing in Barre, Vermont since 1978. He began his law career clerking for Judge John P. Connarn in the Washington District Court. After graduation from Vermont Law School he worked first as an associate at Richard E. Davis and Associates in Barre and in 1979 opened his own office. He began his career in general practice, appearing in all of the state courts as well as U.S. Bankruptcy Court on behalf of his clients. Since 1997 his practice has focused primarily on Estate Planning, Medicaid Planning, Real Estate and Probate work. (see Practice Areas for more details)

He received a B.A. from Tufts University in 1975 and his Juris Doctor from Vermont Law School in 1978. He was admitted to the Vermont Bar in 1978 and the U. S. District Court for the district of Vermont in 1979. In 1997 he attended two weeks of intensive Estate Planning courses sponsored by the National Network of Estate Planning Attorneys in Denver, Colorado.

Attorney Caccavo has spoken on Life and Estate Planning matters for the Vermont State Employees Retirement office, the Vermont Bar Association, the Alzheimer’s Association, New York Life Insurance Co. and various other educational and investment organizations. He was the Strategic Alliance Group speaker on Vermont Estate Planning issues. Attorney Caccavo has been asked to testify before the Vermont Legislature on various elder law issues. Atty. Caccavo has presented seminars on Elder Law, Medicaid Planning and Estate Planning and other subjects to attorneys, accountants, insurance professionals and others for the Vermont Bar Association, National Business Institute, Halfmoon LLC , Professional Education Services, Inc. and other companies. He has appeared on local television to talk about Estate and Medicaid planning. He has co-authored Vermont Medicare and Medicaid Benefits and Eligibility for the Elderly (2002),  Elder Care in Vermont: Legal and Financial Issues (2003, 2004, 2005, 2006, 2007, 2008 and 2009, 2010,2011,2012,2013,2014,2015, 2016,2017), Practical Medicare and Medicaid Skills in Vermont (2004) and Drafting Effective Wills and Trusts in Vermont (2006). He has also authored several articles for local news publications on Estate Planning and Medicaid issues, several of which are available on this website (see Resources).

PERSONAL
Michael Caccavo grew up in Barre, Vt. and graduated from Spaulding High School. He now lives with his wife in Marshfield, VT. He is the current Town Moderator and has served for many years on the Budget Committee. He was Town Selectman for 9 years and Selectboard Chairman for 3 of those years. He also served on the Planning Commission. Mr. Caccavo was the chairman of the board of Directors of the Twin Valley Seniors, an organization providing meals and social activities to seniors in a 6 town area. He is an Elder of the First Presbyterian Church in Barre and served on the Session for 6 years. He was the ‘official’ timer for the Twinfield Boys Soccer team. In years past he was active with the local Cub Scouts as both Pack Leader and Den Leader.

His wife, Diane is a Registered Pharmacist and works at Central Vermont Medical Center. Their eldest son, Nick, is a 2006 graduate of the University of Vermont (UVM) in Burlington, VT. He spent his fall 2005 semester in the west African country of Ghana. While there Nick helped organize the Yonso Project which is raising funds for local libraries and school system and other projects in the region of Yonso, Ghana. Nick is continuing this project here in the States (www.yonsoproject.org).The summer of 2006 the Yonso Project collected 7000 books and raised sufficient funds to ship them to Yonso, Ghana. Now the project helps send children to school and provides micro-loans to local villagers and has started a manufacturing program to build and sell bamboo bicycle frames and other bamboo products. Their younger son, Tony graduated in 2008 and in 2009 received his MAT from Tufts University in Medford, MA. He is also involved in the Yonso Project, spearheading a pen-pal program for students in Yonso and here in the U.S. He spent his Spring 2007 semester studying in Perugia, Italy. During his Master’s program he taught at the Fenway School in Boston, and since graduation has taught at Twinfield Union School in Marshfield Vt., as well as in Beijing and Nanjing China and Athens Greece and is now teaching at St. John’s Prep in Danvers, Ma. Bella, a Basset hound, rounds out the family and occasionally does duty as the office dog.